People use to believe that zebras were white animals with black stripes, as some have white underbellies. However, evidence shows that surprisingly the opposite is true. The animal’s background color is black and the white stripes are the additions.

Usually the stripes are vertical on the head, neck, forequarters, and the main body. At the rear and on the legs of the animal the strips are typically horizontal.

Being generally social animals, they live in small harems or sometimes up to large herds. Unlike the closest relatives, the horses and asses, the zebras have never been completely domesticated. 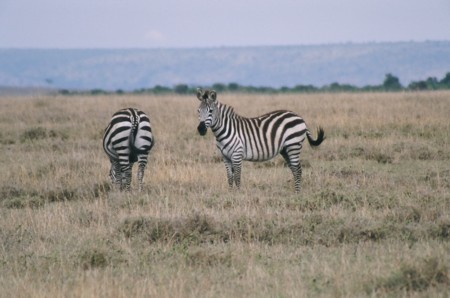 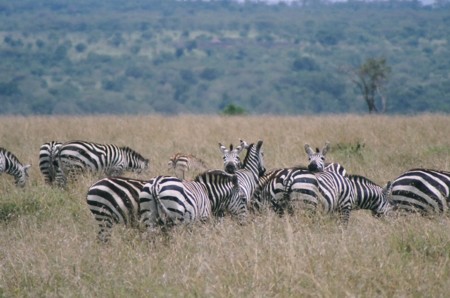 Because of their stripes it makes them one of the most familiar and recognized animals to people. They live in varieties of habitats; from grasslands, savannas to woodlands. And from thorny scrublands, mountains to coastal hills. 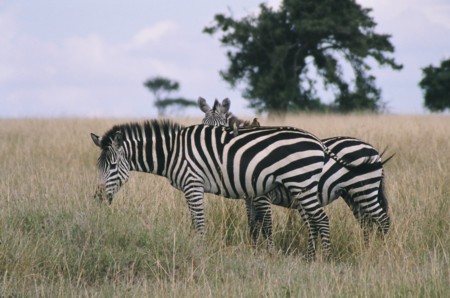 They feed almost entirely on grasses, but may occasionally eat shrubs, herbs, twigs, leaves and bark. Their digestive systems allow them to live on diets of lower nutritional quality than that necessary for other herbivores. 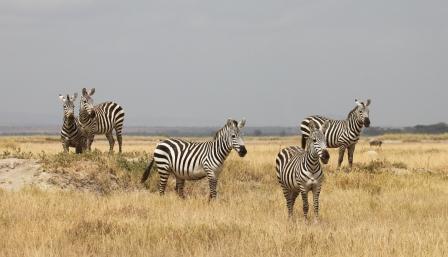 They have all sorts of ways to communicate with each other, usually with high pitched barks and whinnying sounds. The ears can signify the mood of the animal. When it is calm, in a friendly mood or tense, the ears stand erect. The ears are pushed forward when it is frightened. Believe it or not, when it is angry, the ears are pulled all the way backwards. 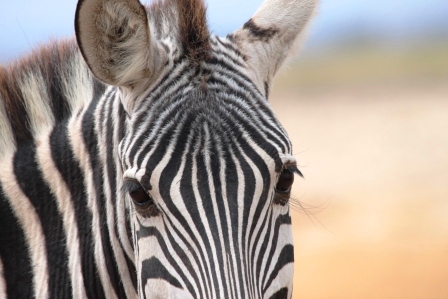 When a predator is in the area, you will see them in the alert posture. The ears are erect, the head held high and they are staring in the assumed direction of the intruder. There might be some snorting as well when very tense. When the predator is spotted they will bark loudly. 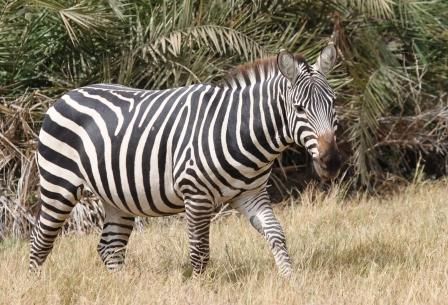 Being so easily spotted of course comes with other hazards; they have been severely hunted for their skin, as well as for their meat.

On a positive note; there are absolutely a delight to photograph and make for the most fun and delightful captures.

Return from Zebra Pictures back to the Kenya Animals Page