Just a little effort of speaking a few words of Swahili will get you a big return and big smiles!

Today it is the native language of inhabitants in the East African region and is spoken by approximately fifty million people. Together with English, they are the official languages of both Kenya and Tanzania, and it is also spoken in Burundi, Rwanda, Uganda, and Zaire.

Around the eighth century, Arabs trading on the East African Coast referred to the varieties of Swahili spoken in the area as "languages of the coast" and the name is from the Arabic word sawaahil, meaning coast. It was further adapted to the language by the addition of the prefix ki, resulting in the name Kiswahili.

It is a complex language spoken in East Africa and has ancient roots in the Bantu language family. It is thought to have originated in the early part of the first millennium A.D., and extends now across Central Africa.

The grammar is based on a complicated Bantu structure that learners often find difficult to master. Many words have entered from Arabic, the result of centuries of interaction between peoples along the coast. (I.E. Intermarriages between the Omani Arabs and the Mijikenda communities, which consisted of 9 Bantu tribes who settled along the Kenyan coast line.)

As with many other languages, loan words have entered the language from many places, particularly to name objects or concepts without pre-existing Swahili equivalents. Derivations of non-Bantu words can be traced to languages including English, German, Portuguese, Persian, Gujurati, Hindi, Hebrew, and even Chinese. Some words have entered other languages, most famously safari. 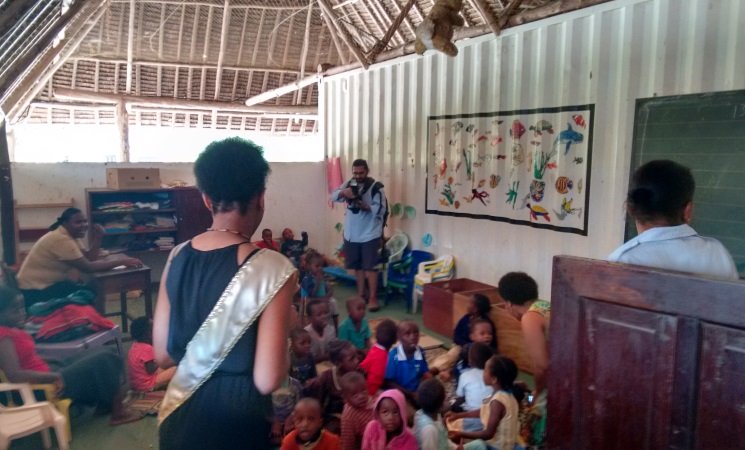 And some of the most known Kenya Animals:


KIKO is an acronym for Kiswahili kwa Komputa (Kiswahili using the computer).

"WELCOME to KIKO.
This is your chance to learn Kiswahili through the computer. KIKO is a multimedia course integrating the use of video, audio, and text. There will be three levels: elementary, intermediate, and advanced. The plan is to facilitate gradual learning of Kiswahili both in the traditional classroom and independently. The KIKO team would like to help you achieve your proficiency in the language at your own pace. KIKO is a content-based course divided into units. Each unit has a number of lessons, and exercises with accompanying helpful grammar and cultural notes."

Return from Swahili back to the Kenya Travel Ideas Home Page