My favorites - Elephants, YES, I confess, they are my favorite animals! They have been a passion of mine for quite some time now. The cat kingdom and dolphins run a close second.

Of the three different elephant species existing today, most of my own personal experience is with African elephants, although my heart beats faster after spotting any species.

I have sat watching them, in close proximity for hour after hour, day after day, endlessly fascinated by the intricate details of their life.

To me, it’s all about the appreciation of nature, humans, and the animal kingdom living together in peace and harmony!!

When it comes to animals, Elephants just happen to be at the top of my list. ;-)

"Elephant Destiny--Biography of an endangered species in Africa" by Martin Meredith is one of the best books I have read about elephants and their place in history. It is a must-read for any elephant lover or someone who would like to understand how and when it all happened that these magnificent creatures became hunted and used for war and ivory.

I mentioned earlier that there are three remaining elephant species on this planet: the African elephant (Loxodonta), the Asian cousin (Elephas), and the so-called 'forest elephant', which is now mainly confined to the rainforests of western and central Africa.

There are very interesting differences between the African elephant and the Asian elephant, besides the obvious ear size.

It is the most interesting and fascinating thing to watch a herd of elephants interact and go about their daily activities and to realize, that many behaviors are so closely related to the human world. Specifically if it comes to the topic of children, teenagers, dynamics between adults, affections for one another and having fun!

In 2007 Caitlin O’Connell published a book, "The Elephant’s Secret Sense", about her research on the way elephants communicate. Come to find out, not only are they able to produce very high and low frequency sounds, that we humans can’t hear, they are also able to communicate seismically through their feet! Incredible!


The best story that gives an idea about the distance these animals can communicate happened in Zimbabwe. At a private wildlife sanctuary adjacent to the Hwange National Park a group of about 80 elephants, a familiar sight to tourist at the lodge, disappeared one day. That same day a culling operation (controlled killings of whole elephant families/groups) had started in the National Park 90 miles away! Several days later the missing elephants were found at the opposite corner of the sanctuary as far away from the park boundary and the culling process as they could be. 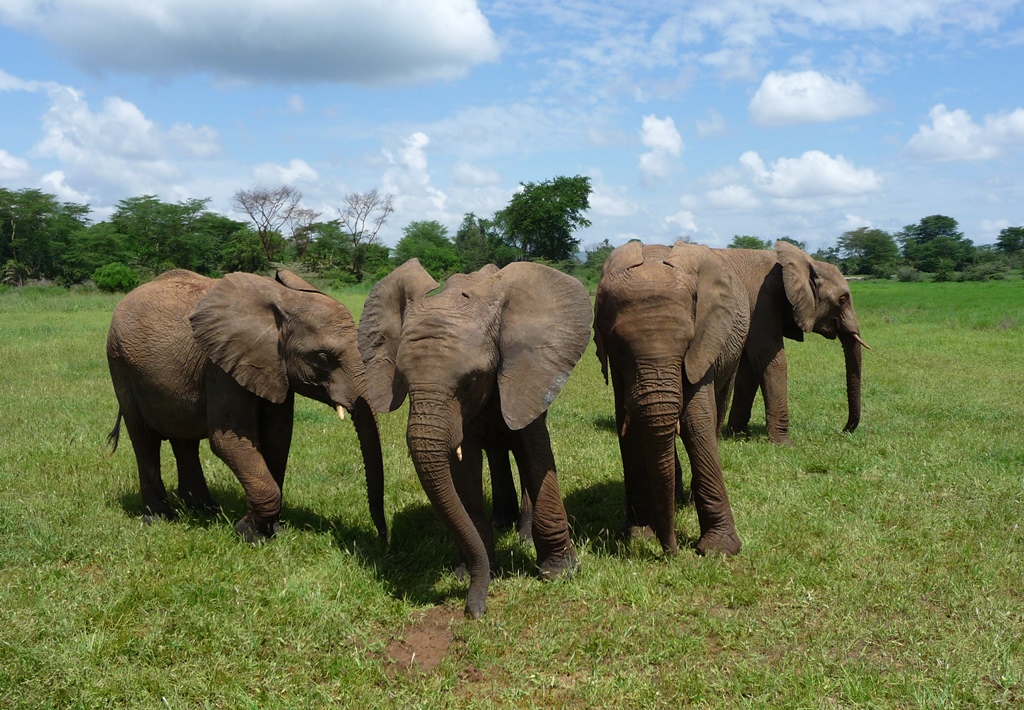 List of my favorite books about Elephants so far:

"With each passing year, their reputation for being among the most intelligent and sociable of our companions on earth has grown, and, with it, our understanding that as their world diminished, so is our own" –
Martin Meredith

Return from My Favorites-Elephants back to My Kenya Favorites